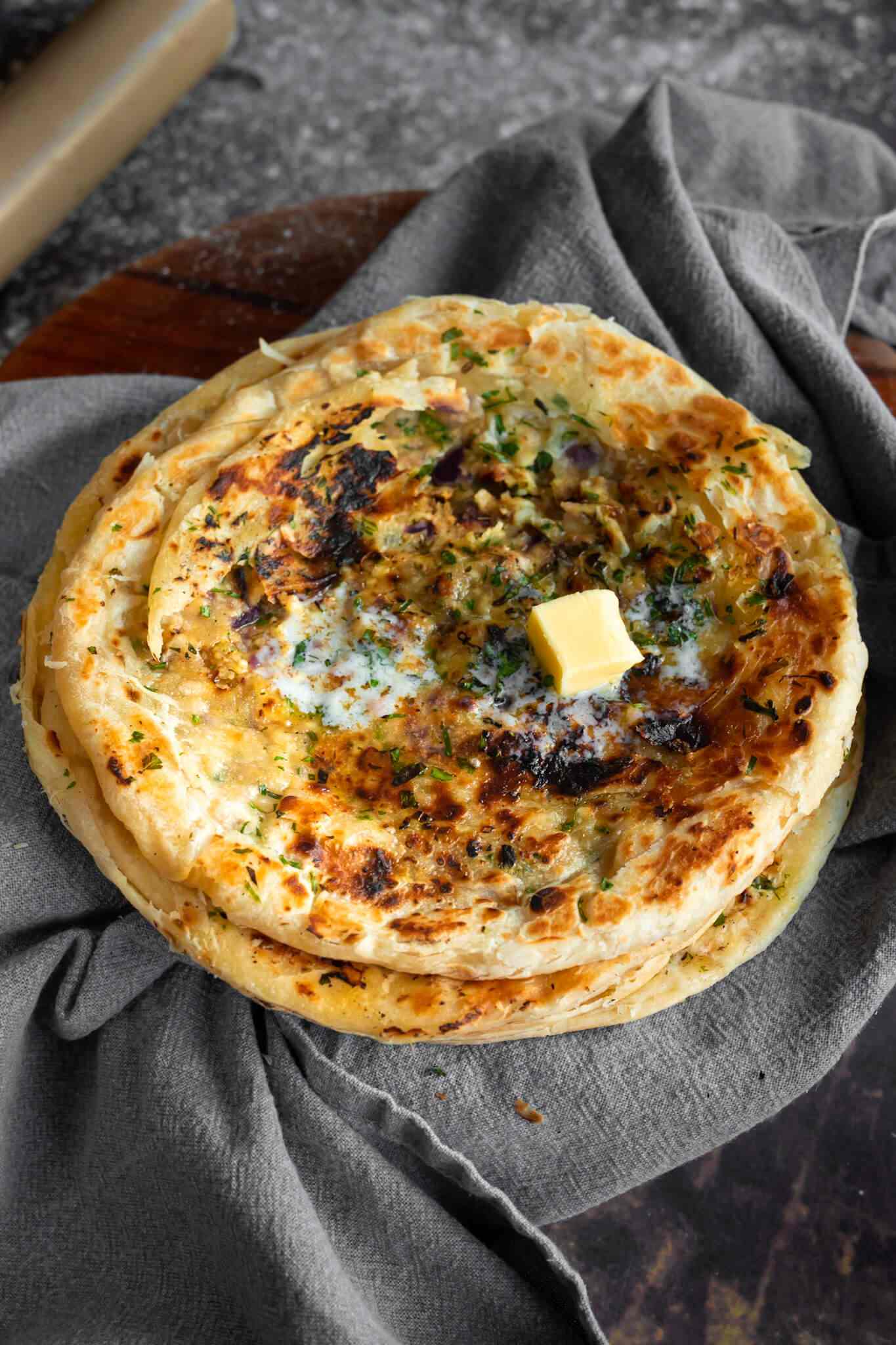 Learn how to make ultra-flaky Amritsari-style Paneer Kulcha with me. These flatbreads are famous in North India for their crispy layers of dough and delicious variety of fillings. I stuff my Kulcha with soft paneer, onions, ginger, chillies and a blend of toasted spices. I grill each Kulcha over an open flame and finish each one with a pool of melting butter.

What is a Kulcha? 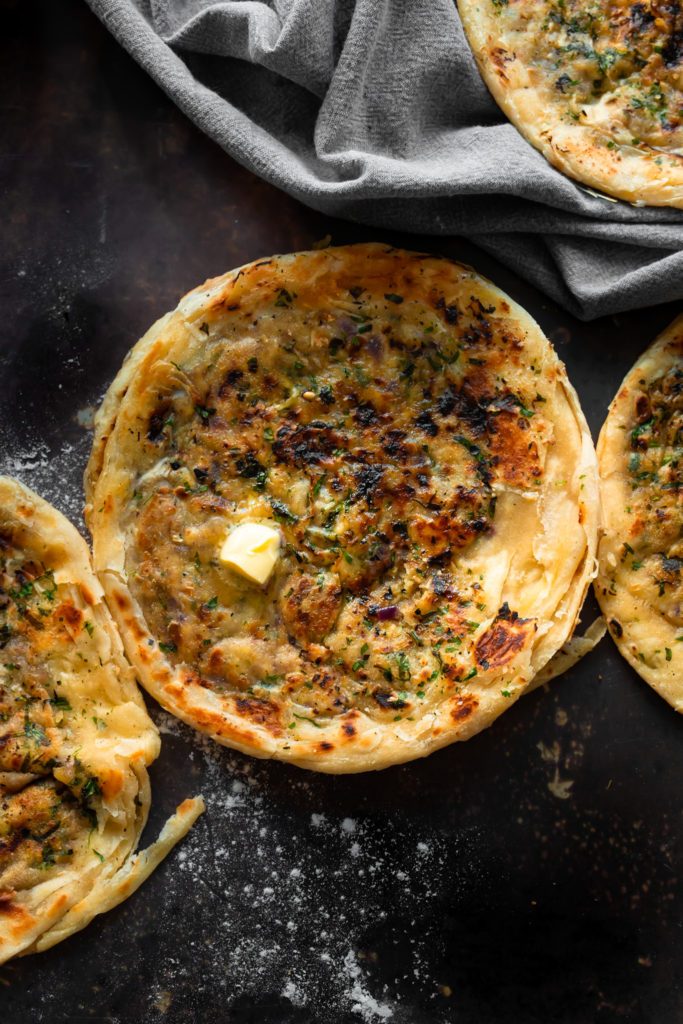 How to make Paneer Kulcha

Stick around and I will help demystify the layering process and teach you how to make Kulcha masala from scratch. But wait, that’s not all. You can also read my tips for how to achieve GOD-TIER flakiness and a charred finish, all without a tandoor.

What’s the difference between Kulcha, Naan and Paratha?

The world of Indian breads is complex, yet beautifully simple at the same time. For example, there’s grilled bread, roasted bread, shallow fried bread, deep fried bread, steamed bread, baked bread, bread cooked in a tandoor and so much more. Some Indian breads use leavening agents like baking powder, baking soda and sometimes yeast — the latter brought to India via the British Empire.

Indeed, you may wonder what the difference between a soft and chewy Naan or a flaky Laccha Paratha is, and how they become one in the form of Kulcha. After all, there seems to be a lot of crossover.

Does the paneer filling need to be cooked separately?

It’s not necessary. The paneer is already cooked and the spices are roasted. Indeed, the paneer filling is spread so thinly inside the entire surface of the Kulcha that the filling will heat through in a matter of minutes.

Can I reduce the amount of butter in this recipe?

Yes, of course. However, it’s important to note that it’s the butter used in the lamination process that creates the layers. Reduce the butter by too much and you run the risk of not creating any layers at all.

How do I make tandoori-style Kulcha without a tandoor?

I’ve cooked Kulcha in all manners of ways but the closest version to tandoor-cooked Kulcha is first cooked in a pan on both sides, then finished off by charring over an open flame. It’s also the simplest way to achieve a smoky, tandoori flavour.

Do I have to stuff the Kulcha?

No. Kulcha are often served without a filling. Simply skip the stuffing part and continue with the dough steps in my recipe.

Do I have to add baking powder to the dough?

Yes. Baking powder is a key ingredient in the dough for soft Kulcha with defined air bubbles and good layers.

Could I grill or barbecue the Kulcha?

Absolutely. This is a delicious way to cook Kulcha.

Can I make the Paneer Kulcha filling ahead of time?

Yes. Keep it in an airtight container and refrigerate for up to 2 days.

Could I make the dough ahead of time?

Yes. Keep it in an airtight container and refrigerate for up to 2 days.

Are Paneer Kulcha suitable for freezing?

Yes. Cook them all the way through and allow to cool. Freeze in a stack, each Kulcha separated with sheets of baking parchment. Reheat straight from frozen in a hot frying pan or tawa.

How do I reheat Paneer Kulcha?

In a hot frying pan or tawa. Cook on both sides until golden and crispy.

How can I veganise this Kulcha recipe?

Vegan butter or spread can be used in place of butter in this recipe. The yoghurt can be swapped for any unsweetened plant-based yoghurt. The filling can be made with firm tofu (pressed well for 30 minutes) and crumbled.

Why is water added to the underside of the Kulcha before cooking?

Food Arts also examines the food of Eastern Europe, asking in "Better Fed Than Red" whether the glories of the culinary past can be restored. To answer that, Food Arts went to a host of well-known.

I am the new girl

how long does tadalafil last

Im glad I finally signed up

where to order tadalafil tablets

Food Arts also examines the food of Eastern Europe, asking in "Better Fed Than Red" whether the glories of the culinary past can be restored. To answer that, Food Arts went to a host of well-known.